WeWork Expenses: A Case Study In Driving Culture Through Your Expense Policy

Why WeWork’s controversial new expense policy is actually a savvy strategic move to achieve two of the company’s highest priorities at once.

Last week, multinational coworking juggernaut WeWork upped the ante on corporate responsibility by announcing a massive change to their expense policy. As reported by Bloomberg, co-founder Miguel McKelvey told the firm’s employees that “they will no longer be able to expense meals including meat, and that it won’t pay for any red meat, poultry or pork at WeWork events.”

Though WeWork hasn’t said how they plan to check every Chipotle receipt for sofritas, they made clear in the announcement that the policy change is a conscientious decision. “New research indicates that avoiding meat is one of the biggest things an individual can do to reduce their personal environmental impact,” McKelvey told employees. WeWork estimates the ban will save 445 million pounds of CO2 emissions, 16.7 billion gallons of water, and 15 million animals by 2023.

But less discussed, if equally important, is that the policy also stands to save the company millions of dollars. Meat-free diets have been shown to be significantly cheaper than those that include meat; one 2015 study calculated the difference as $750 per person per year.

If WeWork saves even a third of that amount (they provide employees free breakfast) across its 6,000 global workers, the savings net out to $1.5 million every year. And that’s before accounting for the exclusion of meat items from expense reimbursements. In a business that relies on wining and dining real estate moguls around the world, confining those meals to vegetarian options could easily double the total savings.

While reactions to the meatless policy have generally played into its PR optics, in reality WeWork has pulled off a coup: they’ve effectively cut costs in a way that promotes the brand. Their tactic was simple, and available to anyone who elects to use their expense policy to drive culture.

For the past two years, expense reduction has been a priority at WeWork. The effort started in July 2016, when despite raising $450 million in Q1, the company was forced to significantly cut the year’s projections for revenue and profit, and increase its negative cash flow projection by 63%. CEO Adam Neumann stepped in to make necessary changes, which included reining in what he called a runaway “spending culture.”

“We did not use to be this way,” he scolded employees in a recorded all-hands meeting that was leaked to the press. “We used to fight for every dollar. We did not spend.” 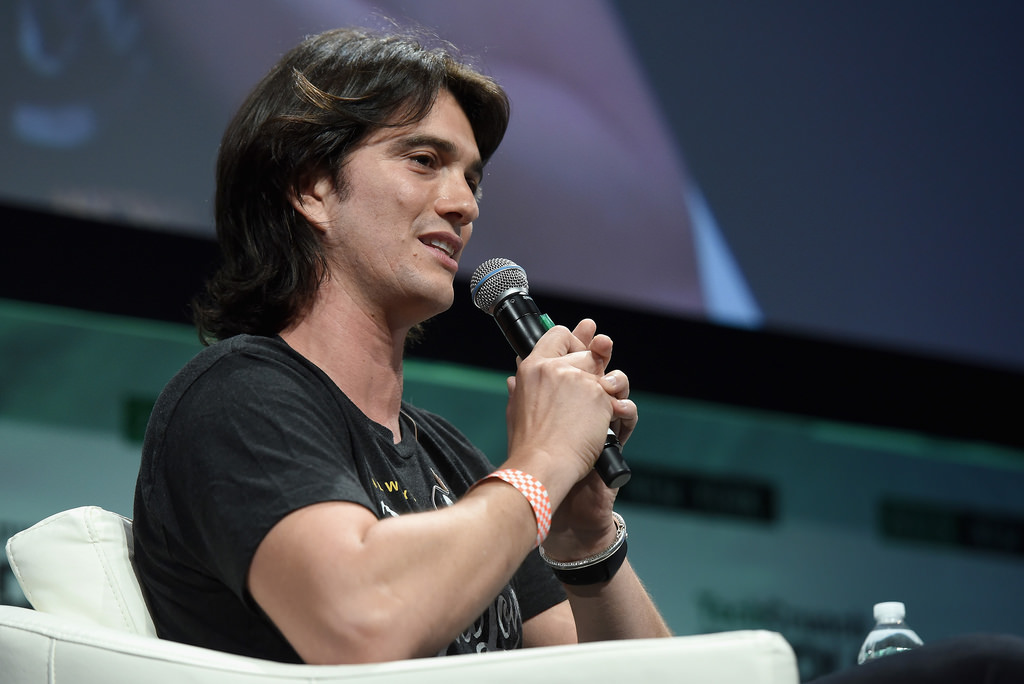 CEO Adam Neumann: “Our valuation and size today is much more based on our energy and spirituality than it is on a multiple of revenue.”

WeWork went on a cost-cutting spree, renegotiating contracts and laying off 7% of its workforce. Employees were encouraged to report wasteful spending; Neumann asked them to send him a note personally if they noticed the lights on too late at night. No expense was too small to be audited, CFO Artie Minson recently told Bloomberg. His team found savings in everything from building materials to operating costs by going “literally line by line” through the company’s expenses.

The financial discipline paid off. Since 2016’s reality check, WeWork has reduced its gross capital expenditure per coworking desk by a third. Moreover, efficiency has become the company’s primary competitive advantage as it navigates a rapidly densifying market. “WeWork can build out a space in half the time, at 70% of the money that [a traditional developer] can, because WeWork has economies of scale,” said Steve King, a partner at Emergent Research. To retain that advantage, they need to stay efficient.

As WeWork spends 2018 pursuing a strategy of even more aggressive expansion around the world, it’s reasonable that their quest to control costs would remain as vigilant as ever. Indeed, it seems they’re leaving no stone unturned.

The world’s most expensive food

WeWork’s McKelvey isn’t wrong to cite meat production as a leading source of greenhouse gases. A 2017 study by the Institute for Agriculture and Trade Policy found that 15% of the planet’s total greenhouse gas emissions comes from livestock. The world’s top twenty meat and dairy companies collectively emit more than Germany, the EU’s biggest polluter, and more than Exxon Mobil, Shell, or BP.

But despite the damage its production causes the environment, demand for meat is soaring—along with its cost.

Driven by urbanization and rising wealth in developing economies, more of the human population is eating meat than ever before. China’s 1.4 billion people recently surpassed the US in terms of calories from protein per capita, compared to consuming less than half a generation ago. In 2017, global meat prices rose 9%—far more than fruits and vegetables—and forecasters expect that trend to continue for at least a decade.

All of which is to say that if you were an relentlessly efficient firm trying to scale every aspect of your operation, meat would be a tempting expense to cut. Luckily for WeWork, they found a way to do exactly that.

For as cost-conscious as WeWork is in the boardroom, their brand is built on a different kind of consciousness—something closer to the Oregon commune where McKelvey grew up than to the burn management demands of startup finance.

Doing well by doing good, or “leading with purpose” as they call it, has always been the headline ethic of WeWork. “We’re not measuring ourselves by how much money we’ve raised,” McKelvey told an audience in India last year, “or how much we’re investing, or how many buildings we have, but by the impact we can make.”

In the decade that WeWork has been deploying this message, it’s been extremely productive. Ever since Neumann and McKelvey created their first eco-friendly office space in Brooklyn, WeWork has found it much more lucrative to market coworking as an opportunity for community and magnanimity than as cost-savings through real estate arbitrage. It’s been precisely that branding that has propelled the company to an outlandish valuation and a price-to-revenue multiple eight times that of their nearest competitor. Neumann himself said it best: “No one is investing in a co-working company worth $20 billion [as WeWork is]. That doesn’t exist. Our valuation and size today is much more based on our energy and spirituality than it is on a multiple of revenue.”

So given that the brand is the most important asset WeWork has, bolstering it in public is arguably an even more important priority than securing operational efficiency during a period of aggressive growth. It doesn’t matter that the meat-free policy’s purported impact has been debunked, or that it’s generated nearly as much negative publicity as positive. WeWork needs to promote itself as a place where mission-driven cosmopolitans come to create.

In this case, of course, WeWork didn’t need to choose brand over efficiency. The meat ban is essentially a cost cut under the guise of a conscientious divestment. It’s a win-win for the company no matter the degree to which it is ultimately enforced.

This mutual benefit to culture and control underscores the magic of using an expense policy to promote company culture. By directing where company money goes before it is spent, an expense policy has the power to manifest the company’s values in a conspicuous, tangible way.

If, for example, you want to promote employee wellness, allow employees to expense a gym membership, like we do at Abacus. If you pride yourself on career development, subsidize continuing education. Let employees express themselves by giving them a budget with which to decorate their spaces. The opportunities are endless.

Or you could be like WeWork and use a negative edict to drive home your company’s priorities. If you’re as ecologically concerned as they are, mandate train travel up to a certain distance for business trips. Only reimburse electric vehicle rentals. You could even announce your own line-item expense rules if you have the automation you’ll need to enforce it.

It’s likely that few companies will take a stance as dramatically activist as WeWork has with their meat ban. But for companies almost entirely built on urbane in-crowdism, there may be no other choice.