In 2019, Americans will be able to file a postcard-sized tax return. To some, the new form fulfills a longstanding goal. Whether anyone will actually benefit is a separate question.

For decades, politicians have used the imagery of a postcard-sized tax return to invoke the notion of a streamlined, comprehensible tax code. Steve Forbes wrote a book advocating it in 2005. Speaker Paul Ryan proposed it in 2017. Finally, in 2018, the mythical tax postcard became real. Sort of.

In late June, the Treasury Department released a preview of the 2019 version of Form 1040. Amended to align with December’s Tax Cuts and Jobs Act, the new form eliminated a small handful of line items, such as deductions for moving expenses and personal exemptions.

But this was no ordinary update. In keeping with the Act’s claim to be simplifying the tax code, the IRS decided (or was told) that this would be the year postcard-sized taxes became real. As such, the form’s layout was also redesigned—formatted not for a full-size piece of paper, but a half-size piece of paper. Voilà! Postcard dream realized. 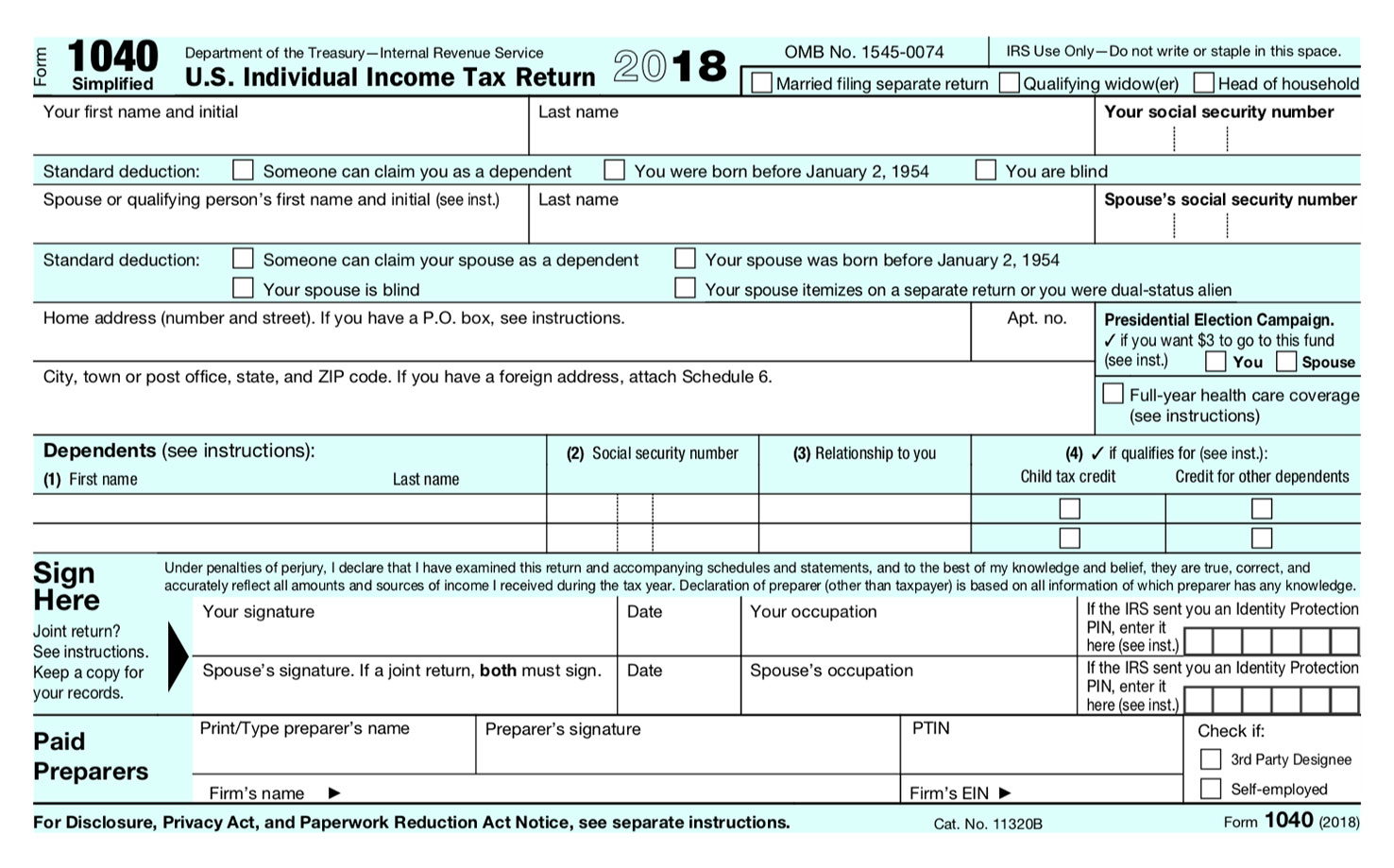 Once accounting professionals got a look at the new form, however, most reacted with a massive eye-roll. Not because they had anything against a streamlined, comprehensible tax system, but because the redesign accomplished practically nothing.

Simply put, the new 1040 is longer and less convenient than what it replaces. The old version was one double-sided page, whereas the 2019 document is eight half-sized pages. It just splits the traditional 1040’s worksheet lines into six new supplementary forms.

“What they have essentially done is rearrange the lines, using a lot of additional schedules,” said Tax Policy Center senior research associate Joe Rosenberg to CNN. “The form is a gimmick.”

As CPA Chris Whalen points out, all the IRS did was take the back side of the old 1040—worksheet lines 44 through 74—and simply divide up the line items, in order, into what are now Schedules 2, 3, 4, and 5. The new forms don’t even change the numbering from how they appear on the old 1040. Schedule 3 below, for example, is a standalone form that begins at #48. 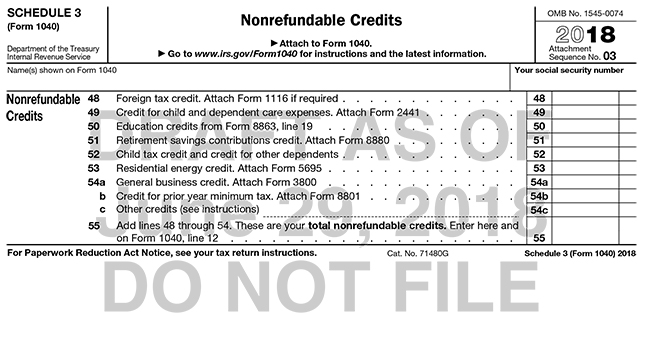 You can’t say it’s not small.

Because of this illogical splintering of information, the new form creates unnecessary paperwork. All but the very simplest filings will require more documentation with the new 1040 than they did with the old. Even the 1040A, a simplified version of the old form, allows taxpayers to list things like capital gains and tax credits. Going forward, those will have to be reported on two separate schedule forms in addition to the Schedule D and 2441 they already need attached. (Forms 1040A and 1040EZ are getting phased out for 2019.)

Other accountants point out that the new 1040 makes business taxes more cumbersome and opaque. “The net result with all these forms holding disparate data is that it will be easier to miss credits and deductions,” wrote Carrie McKeegan for Inc. “You or your accountant will have to comb through all schedules to see the end-to-end view of your tax situation.”

Business owners already have to attach extensive documentation to their tax returns, so having the total dollar amounts listed in one place is helpful. Splitting up that list is counterproductive. Arguably, it’s the opposite of the streamlined, comprehensible ideal that the postcard concept represents.

For what it’s worth, the government claims demand for a simpler tax form will be much higher in 2019 than in past years due to the nearly-doubled standard deduction. Late last year, the White House projected that three quarters of 2017 itemizers would move to the standard deduction under the new law. So in theory, those taxpayers will be skipping Schedule A and filling out a simplified form anyway. Could they benefit from a skimpier form It’s possible.

Regardless, the truth is that few people will notice the new 1040. Around 70% of taxpayers e-filed their returns in 2017, and that figure is rising. Those people will not interact with the 1040 itself, or any other form in its proliferating warren of schedules. Certainly not as long as tax preparation software (which has the full endorsement of the IRS) and third-party accountants continue to do what Congress cannot: meaningfully improve the process of filing taxes.